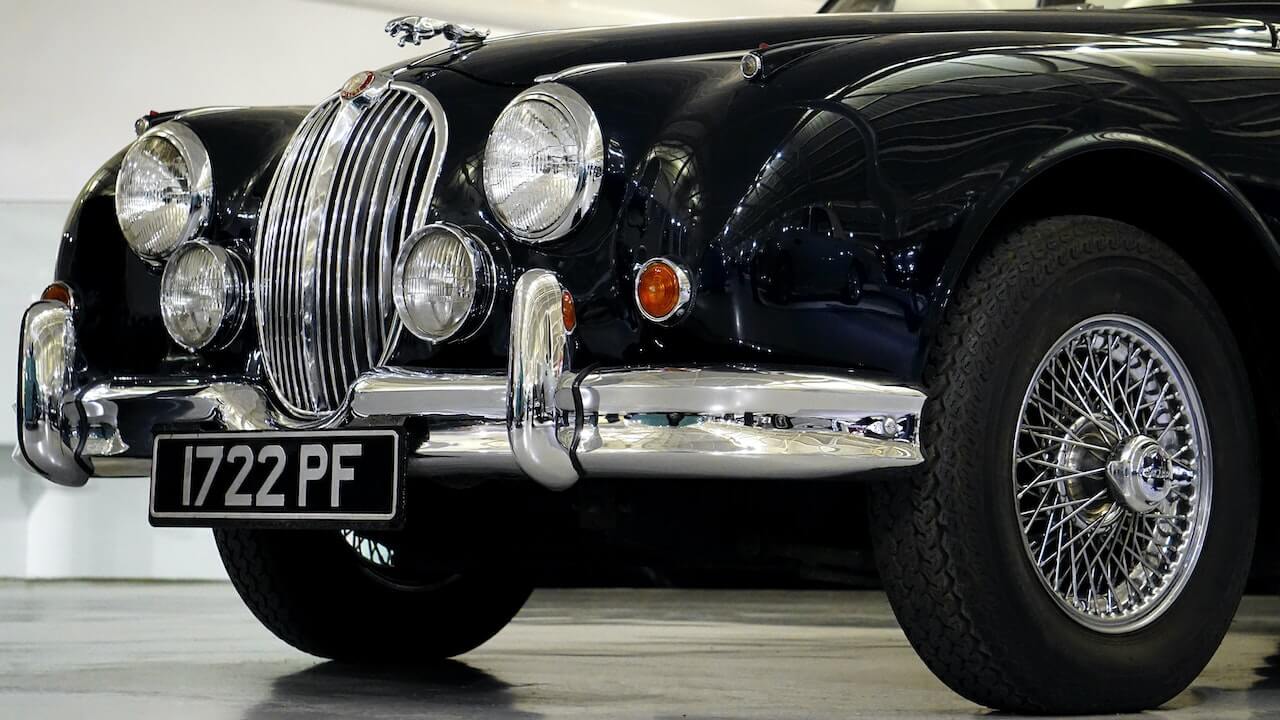 Vehicles have become such a massive part of our lives that it feels like they’ve been around forever. But, in fact, the automotive industry started taking shape in the United States a little over a century ago, around 1890.

Alongside the automotive industry came the auto transport industry. Railroads were the primary means of transportation for moving vehicles across long distances. However, it wasn’t the best of options because it was slow and costly.

Here at SGT Auto Transport, we like to give our customers lots of helpful information, and for today’s post, we thought we’d look at the history of transportation.

Over the years, there have been some significant developments. From the very first semi-trucks in 1897 right through to the automated auto transport systems available today, we’re going to cover it all.

A quick glimpse at the history of transportation

It’s almost impossible to think about a world without vehicles, but it did exist not so many moons ago. Today, vehicles are used by millions of people and countless businesses around the globe.

The history of vehicle transport can be traced all the way back to the invention of the automobile, so we’ll look at that first.

You’re mistaken in thinking that Henry Ford was the inventor of the automobile. He’s often credited with the invention of mass production or the automobile assembly line, but this isn’t true either.

Nicholas Cugnot built the first recorded automobile in 1771. The vehicle was powered by steam and was built for France’s War Minister. Unfortunately, it only had a top speed of 2.3 miles per hour and was extremely difficult to operate. Both these factors meant this first automobile never went into mass production.

A century later, another French inventor named Amedee Bollee invented the steam car. He created it in 1873, and it had a magnificent carrying capacity of 12 people. This was another great invention that failed to take off. It was an impractical form of transport, and horses and buggies could transport people much faster.

In the 1900s, inventors in Germany and America decided to try again, but this time with the help of gasoline.

The Germans got there first, thanks to their great ingenuity. They created the first motor car, and it was powered by gas. It could move at an astounding 10 miles per hour, had a 4-speed transmission, and a gas engine with two cylinders.

However, Henry Ford still deserves a place in the book of car transport history because he created the first assembly line for mass-producing an automobile, the Model T Ford.

Alexander Winton and his first semi-truck

The growing number of new cars meant that automobile manufacturers needed to find a way of efficiently delivering them to customers. Driving their vehicles over long distances simply wasn’t practical, so they were forced to look for easier and better ways to transport cars.

Alexander Winton came to the rescue. He was a Scottish-American automobile designer and racer who lived between 1860 and 1932. In 1879, Alexander migrated to the US from Grangemouth, Scotland.

His first job was as an automobile manufacturer in Ohio. by 1898 he was selling his first cars, but he had a problem. Delivering cars to customers far away needed a quick solution.

The solution he came up with involved loading cars on top of a flat cart that was attached on the top of the engine. The flat cart was attached to the back of a modified truck, and hence the world’s first semi-truck was born.

Alexander was recognized for his great invention and was inducted into the National Inventors Hall of Fame and the Automotive Hall of Fame. he sold his first manufactured semi-truck in 1899.

It all seemed to be going well, but there was an issue with the design of Winton’s truck. Transporting cars was very limited as it could only move one car at a time. It also took three people to attach the cart to the truck.

Demand for Winton’s semi-truck kept increasing, but there were still functionality issues that Winton seemed unable to resolve. This lack of development led to other car manufacturers looking at the problem. Several of them designed their own semi-trailer trucks.

One such manufacturer was car salesman George Cassens. He was able to design a trailer that was pulled by a 2-ton truck. It was able to haul four cars at a time, which was ground-breaking for the auto transport industry.

Another company came on the scene between 1929 and 1944. Mack Trucks arrived, and the company developed a reputation for building computerized truck engines. Mack became a trendsetter in the business.

Bi- and tri-level auto transport comes onto the scene

During the 40s and 50s, many railroads were transporting cars across long distances using automobile-loading assemblies that allowed them to fit as many cars as possible into a boxcar. However, it wasn’t too successful and was also quite expensive.

Volkswagen designers decided to look at the problem and, in collaboration with the German railroads, designed a two-level flat car that was capable of carrying ten vehicles simultaneously. Their design was first used in 1954 and proved to be very successful. It became the first auto rack.

Another development was also taking place around the same time. Evens Products were working on a design for a bi-level auto-loader that had a capacity of six cars. The bi-level auto carriers were introduced three years later by the Canadian National Railroad. They were very similar in design to the more traditional box car. However, they were capable of carrying eight vehicles across two floors. The auto carriers also had doors at both ends.

Towards the end of the 1950s, cars were still being transported mostly by rail. They were shipped on highway auto-carrier trailers that could transport up to ten cars at a time. In 1959, a bi-level rack prototype mounted on a 42-foot flatcar was also invented by the Saint Louis-San Francisco Railroad.

It was decided that the basic concept was a very sound idea, and together with Pullman-Standard, the railroad designed and constructed a full-size tri-level prototype. This led to the first one rolling out of the Pullman plant at the end of January 1960. It was named the SLSF-3000 and heralded the birth of the first tri-level car that was 83 feet long and capable of carrying up to 12 automobiles simultaneously.

By air and by sea

From 1960 onwards, companies continued to look for better ways to transport vehicles over long distances. It was around this time that airplanes and cargo ships also began their contribution to the history of car transportation.

One of the more successful companies was Silver City. It was transporting cars by air between France and England from the late 1940s to the 1960s and could transport 30+ vehicles simultaneously.

During the early 1960s, cargo ships also played a part in the history of vehicle transport. They were very useful at the time because they could carry large numbers of cars. However, something better was needed by the US military. They contracted the Sun Shipbuilding and Dry Dock Company in Chester, Pennsylvania, to design a new type of motorized vehicle carrier.

The Comet was the name of the ship the company designed. It has several innovative design features, including:

A carrier that was purely for transporting cars across the ocean was invented in 1973 by K Line in Japan. It was named the European Highway and could carry up to 4,200 vehicles.

Now it’s time to look at some of the ways auto transport has changed in more recent years, thanks to technology.

For several years now, the car shipping industry has been enjoying a digital transformation. If you want to ship a car across the country, you can do it faster than ever before, and at a price, more and more people can afford.

Get a Free Instant Quote

Let’s give you an example of how good the industry is at the moment.

How technology is shaping the vehicle transportation industry

Technology has helped to shape the car shipping industry in so many ways. For example:

In recent years, there has been an explosion in transportation technology. However, there’s lots more to come. The demand for auto transport continues to rise, and one of the best ways to keep up with the demand is to make good use of the available technology. So, what does the future hold, and what will likely make it into the auto transport history book for the next few years?

Driverless cars are now a reality, thanks to Tesla and Google. By eliminating the need for human drivers, companies may be able to virtually eradicate labor costs, improve fuel efficiency and company productivity, and speed up the car shipping process even more. You’re not about to see any self-driving trucks on the highway yet, but they could be just around the corner.

Electric-hybrid technology is something else that’s very likely to help shape the future of the auto transport industry. We’re already moving towards a greener economy, and the use of diesel is bound to decline. It might not be long before car shipping companies use long-haul electric trucks. Technology in this area is still in its early stages, but it is already gaining traction.

If you’d like to make the most of the auto transport industry and play a part in its future, why not get in touch and book your car shipping service? Our shipping advisors await your call on (864) 546-5038. Your other option is to use our Live Chat option.

Alexander Winton, an inventor, and automaker, designed the first known semi-truck in 1898. He connected a wagon with rear axles and a flatbed on the back of one of his cars. It was capable of carrying one other vehicle.

How did people transport before cars?

Before cars, people tended to use horses or a horse and a cart.

What is the history of transport?

The first form of transport was the human foot. However, people eventually learned to use animals for transport.

How was transport in the past?

In ancient times, people made simple boats out of logs, walked, rode animals, and later developed wheeled vehicles to move from place to place.

What are the 4 types of transportation?

The four major modes of transport are air, road, sea, and rail. 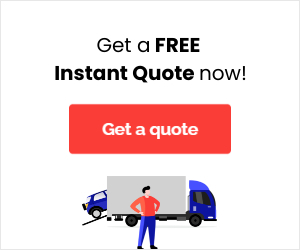 An Essential Guide to Car Transport for College Students

Did you know you can get a free instant quote with no obligations in less than 60 seconds?