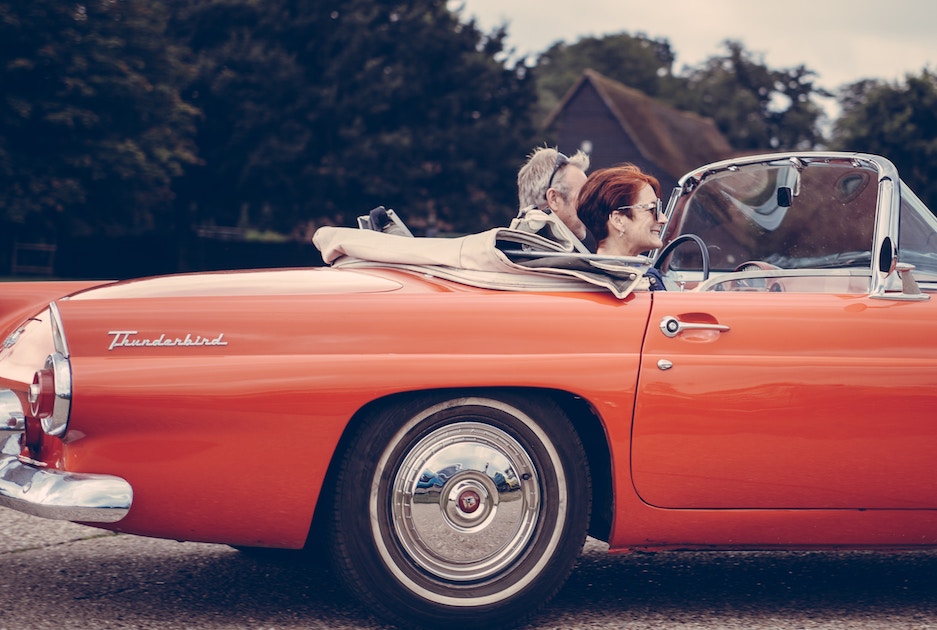 The summer sun is fading fast and fall is upon us. It’s not going to be long before the winter months set in and many of you will spend the next few months cuddled next to a blazing open fire. For thousands of others, however, fall is the time for moving south. These people are fondly called “snowbirds”. If you’re one of them, you might be thinking about making plans.

Before you make any firm arrangements and start packing, we’d like to share with you a true story. It’s a beautiful love story that features a man and a woman, for privacy sake, let’s call them Fred and Betty.

Tampa Bay, Florida – a Perfect Place to Spend the Winter

Fred and Betty are now entering their twilight years. However, that doesn’t mean they want to lay down and let life pass them by. On the contrary. For the last five years, they’ve been enjoying a new lease of life taking a trip to Florida for the winter months. And who would blame them? Even when you’re young, fit and healthy, winters can be depressing, some would say downright hard. A much better idea is to head south for the winter months, to enjoy the warmth of the sun. Fred and Betty had certainly had enough of shoveling snow. Being forced to stay at home because of the weather, and not feeling too healthy with colds, and coughs a regular occurrence, only added to the discomfort.

The Start of a Florida Adventure

When Fred and Betty retired, they decided to join the snowbirds and head south for the winter. For the first couple of years, things went according to plan. They already had a condo in Tampa Bay, Florida. Because they’d been prudent with their money, they were also able to fill it with all the necessities. One thing they couldn’t afford to do, however, was buy a new car to travel around in while enjoying the Florida sun. This meant they were driving their trusty Ford sedan from Pittsburgh, PA, all the way down to the coast of Florida. No mean feat when you consider it’s more than 1,000 miles.

The Adventure of Driving Yourself

For those first two years, the long journey was all part of the adventure. They enjoyed every mile of it, stopping along the way in cozy motels. enjoying the scenery, and spending time together. It didn’t matter if it took several weeks, as long as they reached their destination before the weather got too bad. After all, they now had all the time in the world for enjoying and appreciating each other’s company.

A Setback for Fred’s Health

When Fred and Betty were making plans for their third winter in the sun, things took a turn for the worse with Fred’s health. Unperturbed, they both decided they weren’t going to let any setbacks get in the way. They wanted to continue enjoying the winter sun in Florida. They started looking for alternative travel arrangements. A neighbor very kindly offered to drive their car for them all the way. However, Fred and Betty weren’t too sure about the arrangements.

Using an Auto Transport Company Was One Option

After asking friends and neighbors, someone came up with the idea of using a car shipping company. The person who made the recommendation had been using car transport companies for many years. As a custom car enthusiast he used companies that ship cars regularly. They’d help him transport his latest projects to the garage and when attending shows or exhibitions.

“Which auto shipping companies would you recommend?”, Fred and Betty asked. Low and behold, this friend of theirs shared our name. “SGT Auto Transport”, he said, “They’re efficient, down to earth, and offer a fantastic service”. We’ve had more glowing recommendations, but that Fred and Betty were willing to put their trust in us. They gave us a call and started up a conversation with one of our car shipping gurus.

A Couple of Auto Transport Virgins

Now Fred and Betty weren’t naïve or lacking in life experience. They had, however, never heard of a vehicle transport company helping retirees transport their cars down south. The agent they spoke to explained the process slowly and concisely. She wanted Fred and Betty to know what was going to happen to their car.

After owning their car for a decade or more and always treating it with tender love and care, they wanted a vehicle transport company that would give it the same love and attention. It wasn’t a custom, classic, antique or luxury vehicle but it was theirs and had a lot of sentimental value. It might not have been with them since the beginning of their marriage but it had played a part in some very special occasions during the last few years.

Our customer adviser let Fred and Betty know in no uncertain terms that we were the best company to ship a car. We wouldn’t let them down, and they’d be able to get on with all the other arrangements for moving. We appreciated they might be a little hesitant about using a vehicle transportation company like ours. After all, they’d never done it before. Of course, we wanted to put their minds at ease.

From the moment we were first contacted by Fred and Betty, they’ve has a special place in our hearts. There aren’t too many couples that can boast celebrating their diamond wedding anniversary this year. These two lovely people are a shining example of how perfect love can sometimes be.

We first spoke to Fred three years ago. We’re proud to say they’ve come back to take advantage of our car carrier services every year since then. Fred says he’d never need to look for car moving companies again because our service fits the bill. We actually got an invite to their diamond wedding celebrations, but unfortunately were unable to attend. We did, however, club together and send them a special treat.

Fred and Betty’s is a love story that spans several decades, and we’ll continue to help them enjoy their twilight years together. It doesn’t get much better than that when it comes to job satisfaction.

If you’re in need of an auto transport company, don’t hesitate to give us a call on (866) 774 6570. Our customer service team are always pleased to hear from new customers. They consider it a personal challenge to provide the best car shipping company service, at a price that suits you, of course.

Get a free instant quote and ship your car now.